Guest Article – What do Polarity Therapy and Homeopathy have in common?

By APTAitAdminSeptember 14, 2021Uncategorized
No Comments

What do Polarity Therapy and Homeopathy have in common?
by Deborah Fox BCPP RPE, Director 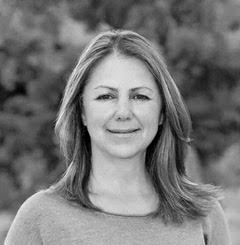 What do Polarity Therapy and Homeopathy have in common?

As Polarity Therapists our treatments are focused around energy work and to some extent bodywork. Using the polarity principles defined by Dr. Stone, we clear, repair and realign the energy field. In turn this helps to repair and reorganize the physical body leading to improved health and wellbeing. You could say we facilitate the harmonization and integration of the field. Doing this frees up any constriction interfering in the full expression of the vital force and enhances the ability to return to and maintain homeostasis. It allows our system to breathe and more fully express the breath of life. This is health.

Well prescribed homeopathic medicines do exactly the same thing. Samuel Hahnemann (1755-1843) the founder of homeopathy aptly described homeopathic remedies as harmonics that tune the frequency of the organism. In fact homeopathy is based on the principal like cures like. Consider this alongside the polarity principle of the triune function, they are two ways of looking at the same coin.

Hahnemann, an MD who refused to practice allopathic medicine, declaring it to be barbaric, recognized the like cures like principle while translating medical texts for a living.

A case of a previously healthy patient who had accidentally ingested quinine, used to treat malaria, developed symptoms of malaria. From this Hahnemann made the connection that led to his life work. He then gathered his friends to conduct experiments, now known as provings, in order to determine the symptoms they would elicit in a healthy person. This is the foundation for the Materia Medica of homeopathic medicine.

Polarity Therapy and Homeopathy are both individualized medicine, treating the individual rather than only symptoms. Both are fully developed systems of holistic medicine that can be used independently or in conjunction with allopathic medicine as they treat the energetic level where allopathy treats the physical. They can also be used together for both acute and chronic (constitutional) applications.

As Polarity Therapists we know that health begins in the energy field. Homeopathic philosophy recognizes the same principle. While each may enter through a different doorway both seek the same result, mental, physical, emotional and spiritual health.