By APTAitAdminJuly 9, 2021Uncategorized
No Comments

This is part 2 of an inquiry into Polarity Therapy’s development in historical context.
See part 1.

Much has been written on the life of Polarity Therapy founder, Dr. Randolph Stone, DO, DC, ND (1890-1981). We have the incredible research of John Chitty, Phil Young and other elders in the community to thank for what we know of Dr. Stone’s history. Regrettably, more than 100 years since his early life, many details have been lost. Here are some highlights of his education and career.

In 1909 Dr. Stone (then Rudolph Bautsch) received his first Doctorate in Mentology, a field that involved inquiry into the functioning of the human mind and the limitations put on it by our belief systems. Following this he pursued degrees in both Chiropractic and Osteopathy in short order. It appears that building on his doctoral studies at the National School of Chiropractic, Stone enrolled in a number of post-graduate trainings in both fields, receiving dual doctorates in 1914, followed by doctorates in Neuropathy in 1915 and Physiological Therapeutics in 1916. Around 1916 Dr. Stone began teaching anatomy and psychiatry at the Eclectic School of Drugless Healing and College of Physiological Therapeutics, where his wife Dr. Anna Stone taught osteopathy and chiropractic. Although this college seems to have been short-lived, a number of prominent leaders in the field taught there.

Unfortunately the movement in the USA towards complete Allopathic dominance escalated between World Wars with a 3-part agenda: complete control over medical practice (autonomy), achievement of complete control over the work of others in health care (dominion), and achievement of complete control over all matters of public policy within the health domain (medical sovereignty).  In response the fields of drugless medicine abandoned their vitalistic roots and ‘therapeutic inclusivity’ in order to survive. By the late 1940s and early 1950s, the power of the medical lobby grew. Conventional medicine specifically targeted naturopaths and chiropractors for eradication. By the 1960s, there were only about 500 naturopaths in the country, and by the 1970s they were nearly gone except for a few holdouts.

Within this environment and in spite of it, over the decades Dr. Stone continued his post-doctoral studies in various aspects of osteopathy and naturopathy, notably receiving his doctorate in naturopathy in 1947 and massage license in 1964. It is obvious from his history that Dr. Stone was a life-long learner committed to the power of natural healing. But in light of what was going on in the US at the time, I also have to wonder to what degree his life and career were plagued by threats to his right to practice medicine.

In 1945, Dr. Stone discovered Surat Shabd Yoga/Sant Mat, the spiritual path that was to become his second life-passion. After decades exploring various esoteric traditions this ‘spiritually inclusive’ teaching finally articulated the piece he had been yearning for, a deep understanding describing in systematic detail the source of this Life-energy and how it can be accessed for spiritual development and health. Three years later he published his first book on Polarity Therapy. Most of his writings, which weave together his two passions, come from the decade that followed. Dr. Stone gave birth to Polarity Therapy, a form of Energy Medicine that was both a call-back to a disappearing past and herald to a distant future, at the height of extreme prejudice and strife within the world of medicine.

“I have stumbled onto a science which blends the old concept of energies in the constitution of man and have linked it with the scientific research in space.”
~ Randolph Stone, DO, DC, ND

This journey into the history of drugless medicine introduced me to the writings of various pioneers of the early 20th century. I’ve particularly enjoyed the works of Drs. JM Littlejohn, DO, MD (1865-1947) and Henry Lindlahr, ND, DO (1862-1924). Both sound so remarkably similar to Dr. Stone as to really drive home the idea that Polarity is a continuation of this vitalistic tradition in medicine.

Much to my disappointment I could find no tangible evidence for contact between Drs. Stone and Littlejohn, but it is hard to imagine that Stone would not be aware of Littlejohn’s writings or influence on osteopathic education in Chicago at the time. Here is an excerpt from JM Littlejohn’s Theory and Treatment of the Spine, 1902:

…The question may arise, how are those centers affected by the higher centers? That is explained in what we stated before. The great central fact of life is motivity, and the fundamental basis of life so far as our objective life is concerned is vibratility.

I will explain this somewhat from my own standpoint … Man has a higher being; I do not care whether it is called a soul or a spirit or a life power or a sun power, or whatever else it may be called; the higher being comes into relation with the body. The body of itself is absolutely lifeless but when that life power, or soul or sun power is brought into contact with the body, the body represents the Earth substance. A connection established between these two, the life power and the body, gives us what we call Objective Mind.

That objective mind is what gives to us all the manifestations of life. All the intelligence and will power we have in the body is associated with that objective mind. It is the nexus or perhaps better the result of the nexus of spirit and body. What is that objective mind? That objective mind is simply vivified or vitalized vibratility. As soon as the spirit animates the body, then the heart begins to beat, the liver begins to pulsate, the intestines begin to pulsate, and these vibration impulses are thrown down along the nerve fibers and they pass out to the different parts of the body. Some people say that a nerve impulse is electricity; it is not, but it is analogous to electricity. It is vibratile in its nature and vibrates to its activity.

That is the medium of communication between every one of those planes of vital activity. The sympathetic plane is in communication with the spinal plane and these two with the cerebral plane…”

On the other hand, a very strong case can be made for Dr. Stone’s connection to Dr. Henry Lindlahr as his wife, Dr. Anna Stone worked at Lindlahr’s Sanitarium for Nature Cure and Osteopathy in Chicago around the time they married in 1916. Dr. Lindlahr’s seminal 1913 book Nature Cure became one of the cornerstones of Naturopathy. In it he states:

“There are two prevalent, but widely differing, conceptions of the nature of life or vital force: the material and the vital.

The former looks upon life or vital force with all its physical, mental and psychical phenomena as manifestations of the electric, magnetic and chemical activities of the physical-material elements composing the human organism. From this viewpoint, life is a sort of spontaneous combustion, or, as one scientist expressed it, a succession of fermentations…”

“The vital conception of life, on the other hand, regards it as the primary force of all forces, coming from the great central source of all power.

This force, which permeates, heats and animates the entire created universe, is the expression of the divine will, the “logos,” the “word” of the great creative intelligence. It is this divine energy which sets in motion the whirls in the ether, the electric corpuscles and ions that make up the different atoms and elements of matter.

These corpuscles and ions are positive and negative forms of electricity. Electricity is a form of energy. It is intelligent energy; otherwise it could not move with that same wonderful precision in the electrons of the atoms as in the suns and planets of the sidereal universe.

This intelligent energy can have but one source: the will and the intelligence of the Creator; as Swedenborg expresses it, “the great central sun of the universe.”

If this supreme intelligence should withdraw its energy, the electrical charges (forms of energy) and with it the atoms, elements, and the entire material universe would disappear in the flash of a moment.

From this it appears that crude matter, instead of being the source of life and of all its complicated mental and spiritual phenomena (which assumption, on the face of it, is absurd), is only an expression of the Life Force, itself a manifestation of the great creative intelligence which some call God, others Nature, the Oversoul, Brahma, Prana, etc., each one according to his best understanding.

It is this supreme power and intelligence, acting in and through every atom, molecule and cell in the human body, which is the true healer, the vis medicatrix naturae, which always endeavors to repair, to heal and to restore the perfect type. All that the physician can do is to remove obstructions and to establish normal conditions within and around the patient, so that the healer within can do his work to the best advantage…”

In summary, this 2-part blog has been an attempt to understand Polarity Therapy within the broader history of vitalistic medicine which stretches back to antiquity. Its most recent incarnation within the last century in the US saw the rise and fall of ‘therapeutically inclusive’ drugless systems of healing. What makes Polarity Therapy so unique within this is that Dr. Stone didn’t simply acknowledge and utilize vital Energy in healing, but also actively sought direct experience of and relationship with this Life-force—he, as it were, strove to peek behind the curtain and meet the wizard for himself. Dr. Stone straddled both therapeutic and philosophic/spiritual aspects of vitalism which remains unique in the West, unlike in Eastern systems such as Traditional Chinese and Tibetan Medicine, and Ayurveda where, without exception, this connection is fundamental.

Had Dr. Henry Lindlahr survived past 1924, I have no doubt he would have found himself squarely in the cross-hairs of the AMA as he was an exceedingly vocal opponent of the principles and practices of Western Allopathic medicine. He fully and scientifically articulated an alternative perspective to healing based on honoring and supporting the processes of Nature.

“In this age of over specialization, with emphasis on chemistry, bacteriology, and mechanical and surgical research, we have lost sight of the overall picture of man as a living being with lines of force working in fields of finer energies.”
~ Randolph Stone, DO, DC, ND

A look into Classical Osteopathy reveals a field of manual therapy rooted in a thorough understanding of anatomy and physiology that acknowledges the underlying power of vitalism. Both Drs. AT Still and JM Littlejohn were often accused of not teaching technique. It seems both wanted to convey the fundamental principles of osteopathy while allowing each student to discover their unique method of applying this therapeutically. I find it very interesting that Dr. Stone took a similar approach with Polarity—which it is said was ‘caught rather than taught.’

When working from a mechanistic paradigm, with the body no more than a biological machine, it is easy to identify a problem then take prescribed steps 1, 2, and 3 to fix it. The vitalistic worldview on the other hand acknowledges the more nuanced and creative path consciousness takes in both bringing living systems out of balance and returning to homeostasis. Utilizing an understanding of its governing principles, each vitalistic practitioner engages in the therapeutic relationship as one of consciousness to consciousness, Life-force to Life-force; navigating the internal fears and traumas which are the heart of what keeps all Energy from flowing freely and from expressing health.

Glen Weimer is a Board Certified Polarity Practitioner, Registered Polarity Educator and former APTA board member. He was founder and former director of the Arizona Polarity Institute, Tucson and former polarity education director at the New Mexico Academy of Healing Arts, Santa Fe. Glen has practiced polarity and craniosacral therapy at Canyon Ranch Resort, Tucson, and had private practices in Santa Fe, Tucson and Nantucket. He currently resides and practices year-round on Nantucket Island. Holistic Bodywork is his unique synthesis of polarity therapy and various manual therapy approaches. 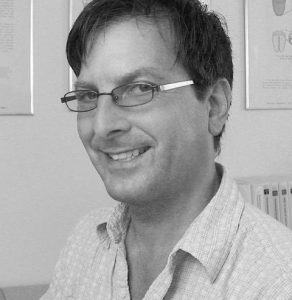