The Journey of the Soul

Gems of Stone from Energy APTA’s Newsletter (circa Summer 1996)

Inspirations from the writings of Polarity Therapy, selected by Scott Zamurut, RPP 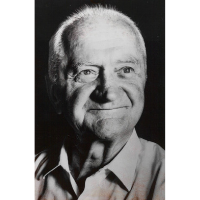 The Journey of the Soul

Every life is but the relationship of the unit to its source. And the only possible path of travel is the flow between the two (the microcosm which is man, and the macrocosm which is the universe), in its various degrees of fineness and density of energy and matter as crystallized, fixed, static fields.

A centrifugal force, out from the center of all being and essence, causes creation, as myriads of sparks from a central hearth fire. And the return flow of this energy, as the centripetal or attractive force, links it and makes it seek its Source, in an effort to become unified again in its rhythm and essence. That explains the hunger of the soul and the constant will and desire within the soul, as unrealized longings and yearnings. The whole mystery of destiny and predestination lies here.

The soul, in turn, steps down its energy and becomes a slave to the mind, and expresses itself through the senses. The senses relate to the mind as units to the whole — a positive pole above, as the source, and the negative pole or units below, seeking experience in multiplicity and outward expenditure of energy. Mind is the negative pole of the soul, its source. All things are suspended from a universal Source or Center, and travel in that orbit, like planets around our sun, the electrons around the neutron, etc. It is one grand story, in endless variety.

The unit has a relationship of energies within itself, like the mind and the senses. If the outgoing current of mind energy is frustrated too often in one of its senses, it wishes to shut off that hurt or leak and seeks subterfuge or other devious ways to satisfy that craving or desire. In psychology, this is well recognized as an escape mechanism and wishful thinking, not based on facts or direct experiences with matter. A clear understanding of these processes of the mind usually unites the self-imposed lock of mental energies that causes the perversion. Again, this is why it is so important to really understand the WHOLE PATH OF THE SOUL, its involution and its evolution out of the bonds of matter and suffering.

Our energies are constantly going outward, seeing in things the thrills and satisfaction which are not there, it is but a mirage. Only the very highest Universal Source really has what we seek and crave. So, after maturity of years, after aeons of wandering and sufferings, the soul is finally convinced of this fact and, like the ‘Prodigal Son’, remembers his Father’s house and all its abundance. He then rises up within himself, turns his energy and longings of the soul inwards and comes back Home to his Universal Source…

…We know the path of the planets outside much better than we know the orbit of our own soul, mind, or senses in their functions. That is too close to home, so we go on seeking  and suffering in strange lands and fields of energy, ever outward, expending our precious heritage, as all prodigals do.