A Letter about”A Gathering to Polarity Therapy Around the Globe”

By APTAitAdminJanuary 10, 2021Uncategorized
No Comments 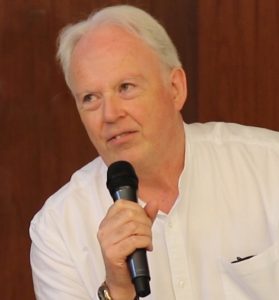 It was with a mixture of great sadness and joy that I attended the IPEA/APTA memorial Gathering held on Zoom on December 29th, 2020 This gathering was held to honour the passing of so many key members of the Polarity teaching community who sadly passed away in 2020. The cause of my sadness was clear. My joy stemmed from the surprise at seeing so many old friends and new faces on the call from around the world, some of whom I have not seen  for years. It was humbling. Lisa Nemzo, the president of APTA began by asking me to introduce the work of the International Polarity Education Alliance (IPEA).

The IPEA was conceived and designed to fulfill a need within the Polarity community that cannot be addressed by national Polarity associations.
necessity, associations, wherever based, have to deal with the members right to practice. This involves a huge amount of focus on dealing with legislative issues as they appertain in any particular country. This also includes post graduate training requirements as well as establishing national level training standards acceptable to the relevant authorities. Annual Conferences are also a major feature of national associations but are largely contexted to continuing education.

The IPEA was created by an international group of polarity elders in 2010, who realized that community, in the sense of the creation of friendship and the sharing of experiences, ideas and fun was a fundamental unifying impulse behind the attendance of all Polarity conferences and quite separate from the educational opportunities. The IPEA creates international Gatherings that are totally non-profit and keep the concept of community front and centre. The Gathering lectures are given freely by members. The IPEA decided on the term ‘Gathering’ as being
distinct from the concept of a Conference.

All national Polarity associations offer recognition of qualifications to their members. However, this recognition is dependent upon full paid membership and CPD requirements. The recognition that the IPEA offers is life long and only requires a single small administration fee. The reality is that people retire or sometimes change their life path and national associations are dissolved, but we continue to want recognition, both for the education in Polarity that we have experienced as well as ongoing recognition of our identity as someone who is committed to polarity
principles in their life.

National associations may have a friend membership category, but it is never their primary focus which largely concerns active practitioners. The recognition offered
through the IPEA is more all-encompassing.

The IPEA also continues the work of the Polarity Network which had a 5 year project to archive all Polarity educational material such as old conference recordings that are so easily lost to posterity, newspapers and journal articles and video. All the materials were transferred to the IPEA on the dissolution of the Polarity Network. It is
the biggest online Polarity educational resource. The IPEA continues to expand this
resource.

The IPEA membership knows no boundaries. It is a truly international organisation, with currently over 400 members from all over the world.

Having shared something about the IPEA, it was then my honour and privilege to share something of the development of Polarity in the Southern hemisphere by that stalwart teacher and practitioner, Chris McGrath. Sharing my memories of Chris was an emotional experience both in a personal context and also because he was such an enthusiastic supporter of the work of the IPEA.

The passing of Chris, Ray Castellino, Maurti Seidman and other teachers in previous years such as Will Leichnitz and Alan Siegel have been an enormous loss to the Polarity community but their work and influence live on.

It was a great honour to participate in this joint gathering of the two largest Polarity
organsations in the world. My thanks go to the administration of the APTA for the
creation of this Zoom meeting.”