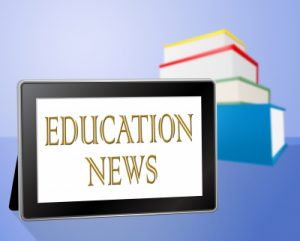 As you may be aware, on May 10, 2019, our accreditation application for our BCPP Certification was approved granting us National Accreditation of the Board Certified Polarity Therapy (BCPP) Certification.

The APTA Board and Certification Governing Council worked diligently to attain accreditation, with the intention of being inclusive, transparent, while seeking the input of both members and professional consultants.

In support of APTA’s application for accreditation of our BCPP certification, clarifications were made to the Associate Polarity Practitioner (APP) and Registered Polarity Practitioner (RPP), declaring them as levels of academic/educational achievement. This clarification was needed, to meet NCCA/ICE’s requirement that the BCPP have no competing designations.  The nomenclature of the APP and RPP should have been changed at the time of the accreditation application.

In order to best protect and expand our right to practice and maintain the accreditation of our BCPP, NCCA/ICE strongly recommended (sooner than later) changing the nomenclatures for both the APP and RPP, as well as updating our documents and website to remove the inaccuracies and inconsistencies that currently exist.  Clarifying that the APP and RPP are levels of academic achievement, as well as the rights and benefits of our APP and RPP members will benefit not just our membership, but also the public we serve by increasing their knowledge of and confidence in their Polarity Therapy providers. As Polarity Therapy Practitioners and Teachers with an accredited certification program, we are honoring the pioneers before us and will continue to blaze the trail for the next generation to follow.

As a result of the change, the following is intended to address a number of the most frequently asked questions (FAQs):

Q.  Why now?  Why can’t we just wait until our accreditation comes up for renewal to make the change?

A.  NCCA/ICE has informed us that while we had appropriately separated the educational programs from the Certification program, they find it confusing that the educational programs incorporate the term “Practitioner” in their titles.  Both programs state in their descriptions that “APP Training does not qualify an individual to practice Polarity Therapy professionally” and “The RPP is not intended for independent Polarity Practice;” therefore, the use of “Practitioner” in the titles seems at the very least confusing and potentially misleading.  To avoid any question about the scope and purpose of the certification program, it would be best to adjust the educational program titles well in advance of the renewal date for the certification program.  Doing it as soon as practicable will avoid the possibility of a potential candidate or a certificant filing a complaint with the NCCA, which would then initiate an inquiry prior to renewal of our accreditation.

Q.  How does this impact current APPs and RPPs who do not have another license to practice?

A.  APTA does not support APPs and RPPs practicing Polarity Therapy as an independent Practitioner, only as part of a profession for which they currently hold a professional license.  This remains unchanged.

Q.  What about current RPPs who are in States where they can currently practice without another license?

A.  APTA recognizes the BCPP as the only practitioner-level Polarity Therapy certification. As a result, APTA only supports BCPPs representing themselves and practicing Polarity Therapy as an independent discipline.  APTA does not support current RPPs practicing without doing so as part of another profession for which the individual is currently licensed.  APTA’s stance on this remains unchanged.

The BoD is excited about this change and needs your support to effectively communicate this information to all Polarity professionals so that everyone understands why the change is being made. We acknowledge that change is challenging, and our intention is to make these changes as seamless as possible.

In addition to this change, APP and RPP membership renewals no longer need require CEUs.

New certificates will be emailed/mailed for all 2020 membership renewals.