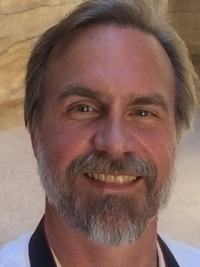 Why is this such a concern to our politicians that they are undertaking efforts to further crack-down on the legitimate massage industry and seek to license, regulate, or eliminate other professions that utilize touch as part of their therapeutic process?  There is a “victims’ rights” industry surrounding the issue of human trafficking – that has gotten vocal and has the ear of politicians across the country.  As a result, politicians need to be seen to be “doing something” to solve this terrible “problem” the advocacy groups are loudly proclaiming.

This means Polarity Therapy faces two potentially existential threats.  First is the threat from parts of the massage industry that want to subsume us into their realm – claiming that all touch professions are really massage, and should be governed and regulated as such.  Second are the “human trafficking victim’s rights” advocates who want to abolish all touch professions – since they view any profession involving touch as a front for prostitution and want us shut-down – all of us, Polarity Therapy (which they have probably never even heard of), structural integration, Asian Bodywork, and legitimate massage included.

They are on a mission – and we are one of their targets.  We need to be aware, and active in our efforts at education, outreach, and increasing the visibility of who we are and what we do.  These “advocates” are receiving a lot of attention and are driving a lot of changes to the laws in multiple states that are a direct threat to what we do and how we make a living.

Pending legislation in Massachusetts proposes to license all “bodyworkers.”  If they succeed, Massachusetts may well be just the first domino to fall in the larger push for licensing.

If we are not vigilant and do not take action, action will be taken for us.