Guest Article – As Above, So Below: A Brief Explanation of the Emerald Tablet of Hermes

By APTAitAdminDecember 14, 2021Uncategorized
No Comments

As Above, So Below
A Brief Explanation of the Emerald Tablet of Hermes
By Randolph Stone, DO, DC, DN
Previous printed in APTA’s Newsletter “Energy” Fall 1998, Gems of Stone 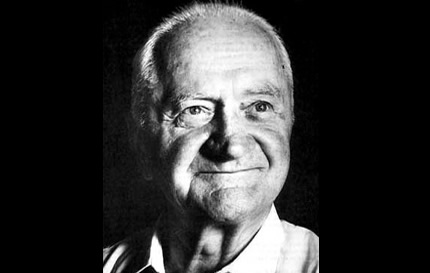 “It is true, no lie, certain, and to be depended upon, the superior agrees with the inferior, and the inferior with the superior, to the effect of that one truly wonderful work. As all things owe their existence to the Will of the only one, so all things owe their origin to the one only thing, that most hidden, by the arrangement of God. The Father of that only one thing is the Sun, its Mother is the Moon, the wind carries it in its belly; but its nurse is a spirituous earth.”

The oldest and most revered of all alchemical formulae is the sacred EMERALD TABLET OF HERMES of Egypt. The secret art of transmutation of base metals into gold (with stone of the Philosophers) was referred to as the Magnum Opus, or the Great Work.

The characters were recorded in the “Tabula Smaragdina” in base relief in a block of pure emerald (not engraved), and hardened by this art. A very ancient author, who lived several centuries before Christ, mentions having seen this tablet in the court. It was said to have been over two thousand years old then.

“THE SECRET WORKS OF CHIRAM” = the Architect of the universe, the potential primal vision, idea and energy in all creation.

“ONE IN ESSENCE” = Shabd, the Eternal Sound Current, omnipresent, omniscient, omnipotent, unifying support of all creation.

“THREE IN ASPECT” = the three gunas or qualities of: sattva, the true (0), neuter quality, the center, the nucleus; rajas, the positive (+), radiant pole; tamas, the negative (-), crystalizing precipitation and gravity attraction pole, downward.

“THE SUPERIOR AGREES WITH THE INFERIOR” = the superior is the true Shabd or Sound of the Eternal Sound Current and its pattern of the five Holy Sounds and five regions of spiritual intensity or planse of the Sound reflected in five elements of creation of forms. The moon principle or vak sound originates in the causal plane of Trikuti as mind patterns in the blueprint stage of the great architecture of the universe. It is the spiritual Anahat Shabd or Sound Current.

“AND THE INFERIOR AGREES WITH THE SUPERIOR” = the ‘Inferior’ is a reflection of the above, like an imprint or picture on a film of the great macrocosmic process of the Creation-pattern, impressed upon the space substance, the mirror of akash or ether, below; and the four emerging  elements as four rivers or four faces of Prajapati in his emergence.

A microfilm of this is implanted in the pattern of each unit or variety of form or body in the creative reflection process of patterns in its three stages of emanation as (1) mind energy, the form pattern design, the blueprint stage, (2) as vital energy, prana, the central radiation of warmth or heat as the fire element latent in the sun and in the atom, like an embodied sun radiation sealed in a miniature, material shell; (3) the shell of crystalized form of matter, which cannot hold the subtle cosmic radiations in bound, so they become sealed in ‘giants’ or ‘Titans” in the formation of the universe.

This is the story of old of the giants, the Titans or cosmic forces and forms that were later dismembered or dispersed by the gods, dividing them into endless units of vibratory energy forms in the process of Creation. All of this is an interesting picture of the mind and its process of dividing to rule; to emphasize formal details, boundaries, customs and limitations, to become lost and confused therein and thereby, like Prometheus bound to the rock of matter. The story of Gulliver, bound by the Lilliputians, is a modernized version of how our thoughts and impulses bind us to the material world.

“THE WILL OF THE ONLY ONE” = the Shabd or Sound is the spoken word of the Creator, the VOICE OF GOD, which is sent forth as the fiat energy, producing the creation as the Logos or eternal Word. John 1:1 – “In the beginning was the Word, and the Word was with God, and the Word was God.” All things were created by the WORD and all things owe their existence to it.

“SO ALL THINGS OWE THEIR ORIGIN TO THE ONE ONLY THING, THAT MOST HIDDEN, BY THE ARRANGEMENT OF THE ONLY GOD.” = That most hidden thing is the love, the beauty and the Truth of Being of the only God, hidden in all His creation as the Life Energy and the designer of forms and artistic patterns concealed by this veil of Isis, the Great Mother principle of Nature, and in Nature itself everywhere. Such is the grace of the unknown beneficent Giver, to remain unknown to the beneficiary of all His gifts of Love, Life, Truth and Beauty, and abundance everywhere in Essence and Bounty, in it a subtle aspect, or in revealed grace, through His Vision and gift of intuition and devotion to Him. It is like the precious incense and the container. The Anahat Shabd is the magic power of the real transformation into the “gold” of the spiritual self.

“ITS MOTHER IS THE MOON” = the Sound principle of the vak in the Sound Energy study of the ancients.

“THE WIND CARRIES IT IN ITS BELLY” = the subtle airy principle and gas as the distributor through all the body tissues and elemental functions.

“BUT IT’S NURSE IS A SPIRITOUS EARTH” = the five earthy subtle elements and all their animal natures in the ‘ark’ of the body are protected, directed and carried by airy currents, nursed and nurtured while floating in the psychic sea of the flood of energy in the subtle creative process of consciousness in the body form. Here all five elements of the five tattwas or subtle elements were represented and permeated by the essence of the five spiritual regions, balanced and held by the spiritual Sound Current, “THE FATHER OF ALL THINGS IN THE UNIVERSE.”

“ITS POWER IS PERFECT, AFTER IT HAS BEEN UNITED TO A SPIRITOUS EARTH” = the Great Work of transformation, the “Magnum Opus,” the day of the soul’s liberation, its transcendence over all elements of creation, forms and conditions. It is the soul’s salvation and resurrection of the consciousness out of bondage, ready to return out of the ‘Egypt’ of the sensuous life to the Father’s House, like the Prodigal Son in the parable given by Jesus.

All this transforming power was accomplished by the ‘Philosopher’s Stone,’ the most hidden gift of Love, Beauty and Truth of the Shabd Life Current, embodied in a true Teacher or Saint, the Sat Guru in human form.

The Saviors of souls come into this world in each and every age and take only those who are weary of the toys of sensory enjoyments nad ego, and are ready to come Home to the Essence of God’s Love.

“Gems of Stone” is an occasional column offering quotations from Dr. Stone.

This previously unpublished commentary was written about 1970.

Hermes Trismegistus was a legendary (ca. 3000 BC) Egyptian priest/scholar whose writings are the basis of “Hermetic Philosophy,” or “The Great Work.” The actual Emerald Tablet was said to have inspired Pythagorus and to have been acquired by Alexander the Great; European translations of it date from the 1500s.

Polarity Therapy has been called the modern day expression of this most ancient mystic cosmology, applied to the field of health care. — Ed.