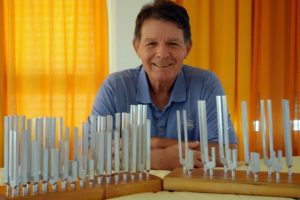 Trance is an inner state of neutrality. There are many terms that describe the experience of trance that include inner calm, neutral, “the zone,” still point, and being centered. Because trance is neutral it is often invisible and overlooked. For example, when you watch an athlete perform “in the zone,” they are moving and at the same time are in a trance. We can see their movements. We cannot see their inner state of trance. When athletes are asked to describe their inner state they often call it a state of calm or inner stillness. Every now and then an athlete will say that a good performance was like being in a trance.

In the West, the term trance is often used to infer that something is “not right” or that you might be under someone else’s control. If you were to tell your parents or boss you were in a trance they would be concerned about you. They might wonder or ask what drugs you have taken or if you had joined a cult. In the Far East, being in trance implies that you are normal, healthy, and even special. If you went to temple over the weekend and entered a trance, your parents would be proud, and your boss would want to know about it. Whereas in the West, being in trance implies you are “zombie-like” and not able to function. In the East, being in trance implies that you are animated and able to function much better.

Most of the Western bias to trance states comes from a misunderstanding of hypnosis. In the movies, we see images of people undergoing hypnosis and becoming like zombies, staring into space under the control of the hypnotist. My favorite is a Marx brothers movie where Harpo is being chased by a group of people in a hotel. He runs into a room where a hypnotist is using a pendulum to put a person into a sleep trance state. Harpo sees this and immediately takes the pendulum and swings it in front of the hypnotist. The hypnotist goes into a trance and immediately goes to sleep. Harpo keeps the pendulum and runs to the next room. The group bursts through the door one at a time and Harpo swings the pendulum as they enter. Person after person in mid-stride goes into trance and falls asleep all over the room. In the end, there are lots of people sleeping or staring into space and Harpo, with a look of “what just happened,” holds the swinging pendulum up to his eyes and immediately goes into trance and falls on the floor.

Dr. Milton Erickson described trance as a heightened state in which a person is open to enhanced learning. Dr. Carl Jung described four types of learning which he called: intellectual, sensory, feeling, and intuitive learning. One of the great understandings passed on to us by Dr. Stone is a balanced respect for all four forms of learning. When the client and Polarity practitioner enter into trance it can be imagined as two wind currents merging to create a hurricane. Trance is the vortex around which energy currents spiral. When the Polarity practitioner is relaxed and open to learning, then what is necessary for the client’s healing will appear in different ways.

The psychiatrist Dr. Wilhelm Reich called trance a state of Cosmic Super Imposition. He pointed out the geometry of spirals in hurricanes, tornadoes, whirlpools, and galaxies, as energy currents that move around a vortex of stillness. Dr. John Lilly called it the Center of the Cyclone. Both Reich and Lilly believed that this neutral center was highly charged with healing energy. The importance of this in healing is often times misunderstood or completely ignored. Paracelsus, the famous Swiss physician who both Dr. Sutherland and Dr. Stone liked to quote, said, “Man is ill because he is never still.”

The therapeutic understanding of trance is necessary in order to obtain high level wellness. The best metaphor for understanding its importance is comparing it to a standard shift in an automobile. In order to shift from one gear to the next, we need neutral. We are constantly moving from drive chain engagement to drive change disengagement (clutch in and neutral), back to drive chain engagement. Without neutral the gears would grind and we could not effortlessly shift in order to reach our goal.

Trance is simply neutral. We enter into a neutral state in order to shift gears in our life. The idea of having to be outwardly still or in a half conscious state in order to be in trance is incorrect. We can be moving very fast and enter into trance just as an automobile can enter neutral at all speeds. This is why it is very important for Polarity practitioners to practice meditation and centering. Sitting meditation is like a car idling in neutral. During sitting meditation, we are cultivating the art of disengagement.

The term stress means adaptation to change. Health and well-being requires our constant ability to adapt to change. Adaptation is about changing directions in our life. In order to do this we must have a well-developed inner neutral. In a society that focuses on doing and getting things done, it is challenging to sit and do nothing. When I started sitting meditation in 1969 my parents thought I was crazy. They kept saying, “what are you doing?” I would say, “nothing” and their eyes would roll.

The composer John Cage gave a speech on nothing where he famously began by saying: “I have nothing to say and I am saying it.”

When a client comes to a Polarity session, they go from being focused on something, and lay on a table and do nothing. When this happens they are open to suggestion and whatever you say or do verbally or somatically is a suggestion. In other words, the moment you say or do something you are no longer neutral, therefore what you say and do is very important. Whatever you say or do becomes a suggestion of direction that ideally, is saying to your client in different ways, that they have the resources to heal.